Hippies, and I mean true hippies–the dusty dread headed individuals in your parent’s old photographs from when they followed the Dead in college–have always had a do-it-yourself mentality, but this beautiful culture sometimes seems to be fading into the sage smoke of the past; grooving to jam-bands into the fringes of counter culture. True hippies are a rare breed, some may even say non-existent–but they would be wrong.

Sally Bleck, a Montana native and resident of Bozeman, is one of those long forgotten (but not totally extinct) “hippies.” While there may be some negative connotations attached to the word in contemporary times, Sally proves all of these connotations wrong. She’s not living off of government welfare or walking around barefoot in a mountain commune (although there’s nothing wrong with that), she’s just simply getting back to the roots of what it means to be an individual who has a love for the planet, music, and the people who inhabit this world.

Sally is passionate about rockhounding for minerals and crystals, and has an immense knowledge of all things jam and bluegrass music; she makes her own clothing and jewelry and she can point you in the right direction if you want to know where to see a concert on a Tuesday night. Sally’s a hippie, but not the kind that your parents cringe at when they pass them by in the grocery store. She’s the kind of hippie that reminds you that there’s still beauty and passion in this hyper-capitalist country in which we live.

On top of living a festival kid lifestyle, Sally is also an artist, specializing in needle art–embroidering hats with intricate designs that are deeply influenced by the many attributes of Montana. Whether it be natural or cultural elements of the state, Sally draws influence from everything including hiking and rockhounding, to live music. Sally’s artistic style is born from the festival lifestyle–shown in her desire to pass out minerals to friends and strangers as they dance in a field–and from a utilitarian passion towards art. Her hats, which are quite possibly her most successful pursuit, came about when she realized that festival vendors were overpricing hats that she could design herself, so she started to do it. 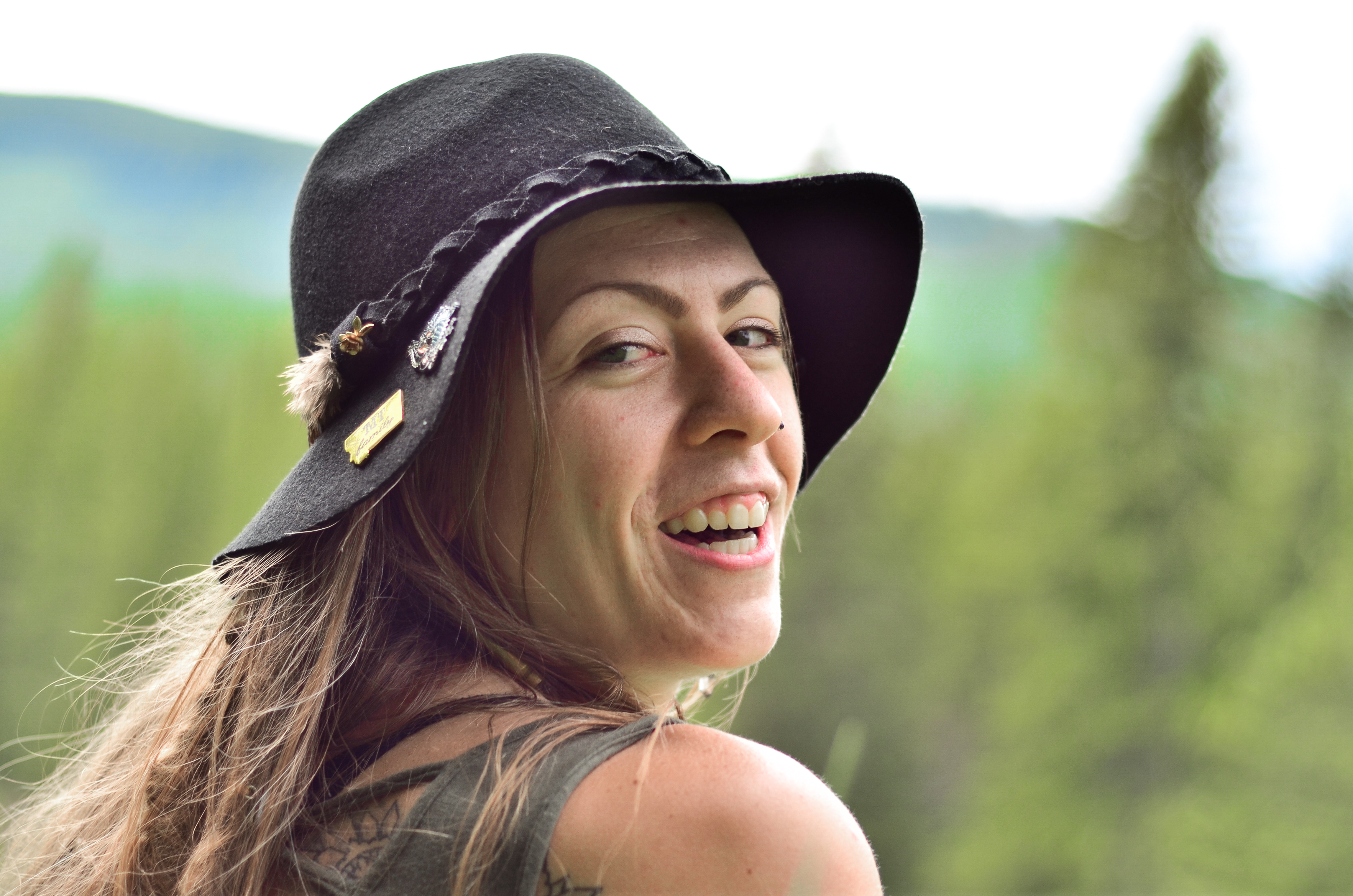 From a young age, Sally was exposed to the Montana music culture, the outdoors, and all that Montana has to offer. From music festivals, digging for gems, and camping, Sally saw the many great characteristics that our state possesses. All of these influences shine through in the intricate designs featured on her various styles of hats–the canvas she prefers for her medium of choice. Her hats often depict scenes that many Montanans encounter frequently: landscapes of rugged mountains, wildlife, sunsets, crystals and gems, geometric shapes found in nature, and even designs for local bands. 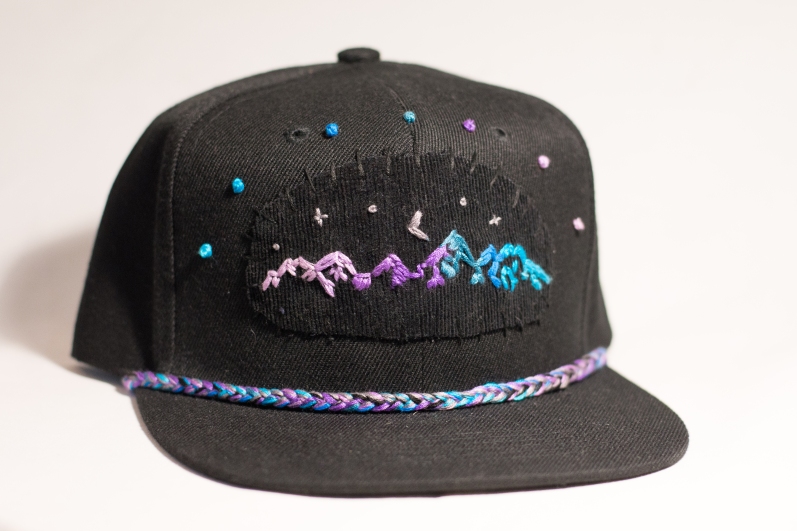 Sally mentioned that Montana (and Bozeman specifically), is a great place for a small business like Sally Hats to thrive. Over time, she has engulfed herself in the outdoor and music community, and as a result, a good majority of her customers are from within the art, music, and outdoor scene of Bozeman and the surrounding area, with most of her hats being custom orders.

After originally making patches to trade for crystals in 2012, Sally’s idea evolved into creating hats much like those she had seen at festivals. All of her designs are carefully sewn onto patches and then attached to each hat. The entire process is done by hand: keeping things at the bare minimum. The styles of her hats come in everything from flat-bill snapbacks, to floppy-bill, to Filson Mackinaw–meaning there’s a style for everyone. To design the hats, it simply takes a needle, thread, and “hats, hats, and more hats,” and “all of the embroidery floss in the world.” If you find yourself at any bluegrass or jam band concerts, you’ll likely see one of her hand-embellished hats. With the simple setup that Sally uses, it is incredible to see what someone can do with simply three things: a canvas (hat), needle, and thread. These designs are something you might expect from a machine, given the precision and complex nature of the patterns. To top off her incredible skill at the craft, she is also self-taught. Sally said she was mostly inspired by nature and music, and the desire to travel and experience the world.

Through this endeavor, Sally was not only able to travel and hear more music, but her artistic endeavors also allow her to enhance the lives of others and their ability to express themselves. Whether it’s highlighting their passion for fishing, their favorite band, or the wildflowers and crystals found in Montana, the love for the earth and its many people runs deep in Sally’s work.

So next time you hear someone scoff at the guy playing guitar on the street corner, or the next time you hear your parents talking about “hippy free-loaders,” remember Sally and all of the work she puts into creating something unique. Remember those who voluntarily clean up your trash at the festival and smile at you as they do it; remember the people like Sally that just want to bring a little more happiness and joy into our lives (something we could always use a little more of).