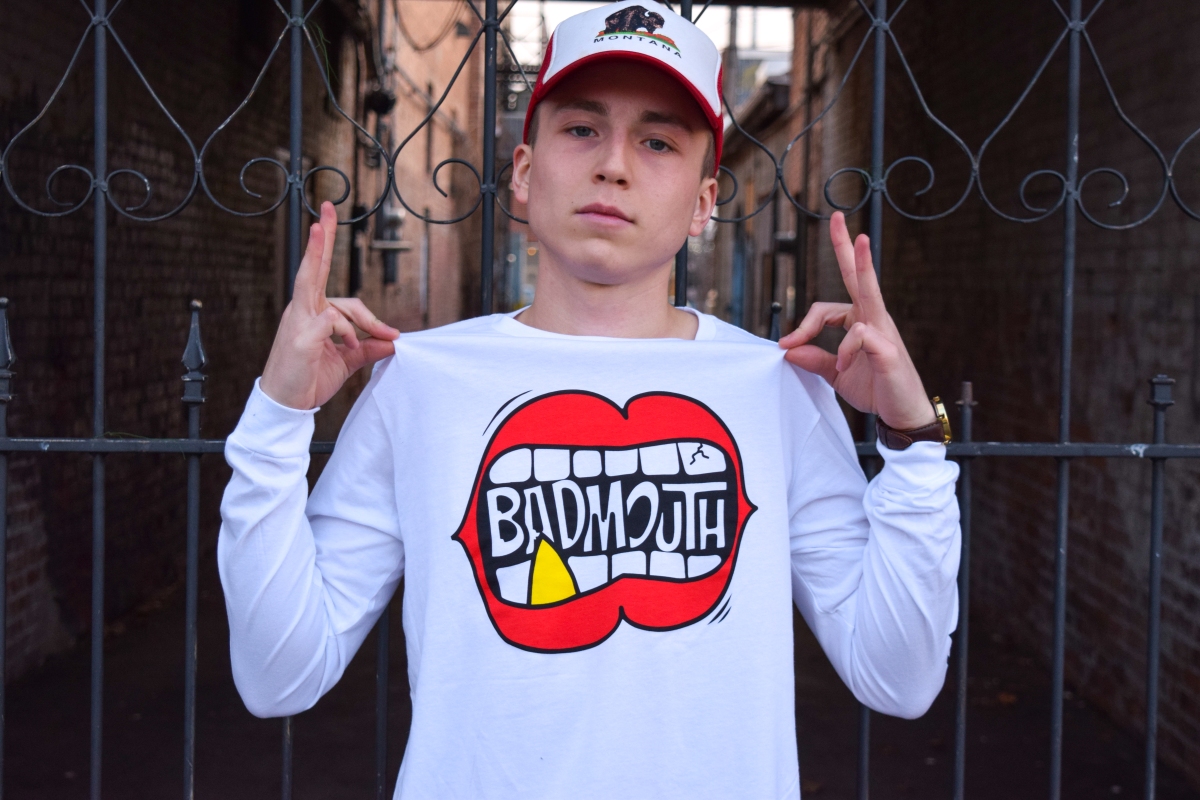 Moving around and music have always been a part of life for rapper and Montana native, Zak James––they’re intertwined and innate within each other. Growing up, Zak moved 28 times and attended six different elementary schools in Montana. Born in Billings, Zak also lived in Butte, Great Falls, and Helena. Because of this, he told us he always felt out of place growing up, and sometimes a little socially awkward, but maybe that’s what brought him to the stage. Music gave Zak an outlet to express himself, a space that wasn’t given to him by the classroom, a space that allowed him to grow out of his introverted nature and transition into the hyper-extroverted music industry. He needed to be willing to speak to anyone and everyone––whether that was face to face or through the microphone.

Zak started to hone his craft at a young age by writing poems about his hamster and about how much he hated eating vegetables, but since then his music has come a long way. Zak brings a lot to the table, his music is upbeat and positive, but it’s also contemplative. He told us that he just wants his audience “to feel something,” that he hopes to spread positivity and inspiration. And this makes sense because that’s exactly what Zak does in his own life. He told us that if he inspires someone to start “a taco stand” or a small business, he’s happy.

Zak originally got into hip-hop in the sixth grade when he ran across an mp3 player that was lying on the curb. A lucky find that introduced him to several songs by Nas, songs that ended up inspiring him to start writing his own music and exploring the genre.

There was something about rap that resonated with Zak. Growing up without much of a father figure, he could relate to the artists that share their story of also growing up in a single-parent household. What inspired James the most was that despite the odds, these artists he respected and admired had confidence and were able to spread their messages––whatever they may be––through rap. Zak told us that at a young age this was empowering, and that’s when he realized he wanted to do something similar with his own life. 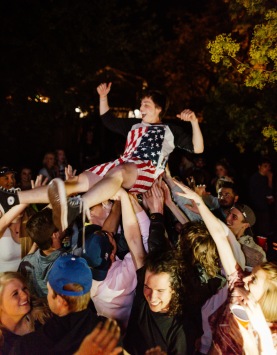 Because of Zak’s deep connection to his Montana roots, he told us that he includes references to his home state in every project that he produces––giving a shout-out to the home and culture that helped shape who he is as an artist. Zak also credits Jesse Frohreich, a.k.a. Farch, with helping him refine his lyrics and put them into motion, mentioning that he had a lot of content, but Frohreich’s advice helped him toward finding his own style and voice as a musician. James also mentioned that Eddwords is currently one of his favorite artists out of Montana.

On a broader spectrum, Zak draws influence from some of the contemporary greats, including Mac Miller, J. Cole, Kendrick Lamar, and Joey Bada$$. He enjoys the fun-loving spirit of Mac Miller, the accessibility of J. Cole, the talent of Kendrick Lamar, and all he could about Joey Bada$$ was that he “is on another level.” All of these influences can be heard in Jame’s style and within the variety of musical genres that he dabbles in.

While Zak grew up in Montana and sees it as his home as an artist, he recently moved to Brooklyn, New York, following his dreams and trying to make a name for himself. And you can bet his songs aren’t about his pet hamster or his disdain for broccoli anymore, now they’re about who he is, what he’s done, and what he hopes to achieve.

Moving to New York wasn’t easy. James had to leave his family, his friends, and his growing fan base behind, but, like a lot of people who move thousands of miles away, he finds comfort in social media and the fact that he can move across the country and still bring his music to his friends and fans back home. While it was hard to leave Montana, he told us that it was more of a celebration than anything else:  it “was like a big send-off,” with nothing but love and support from his home-state fans. He told us that this was something special about Montana, something he hopes he can also find in New York. He told us Montana has “a close-knit community where everyone cares,” and “people will go beyond themselves to support you just because.”

Not only did the support from Montana help drive Zak to pursue a career in the music industry, but it also allowed him to refine a style that was separated from the standard geographies of hip-hop. Zak brought up that since Montana is landlocked and in a space outside of the East or West Coast, it was easier for him to acquire influences in a different fashion than you might expect. Rather than growing up in New York and being inspired by Jay Z, or growing up in Los Angeles and being inspired by 2Pac, he told us that artists from Montana have the ability to freely pick and choose their influences. As a result, he mentioned that in the Montana hip-hop scene, it’s harder to define what sub-genre is most prominent, instead, it’s just “all over the place.” And you can find truth in Zak’s insight when you hear his music and the artists that he collaborates with.

Zak works alongside Eric, a.k.a. Numerik the Scientist, Michael Graef, and Reid Graham. You will also see James collaborating with Montana filmmaker Colter Olmstead for a majority of his music videos, and bouncing song ideas off of Chloe Gendrow and Josh Edwards––helping him develop a creative space through the presence of his friends and fellow artists.

Music has helped Zak grow out of his introverted nature; it’s allowed him to unearth and manifest the culture of his communities and spread his story. But the biggest part of hip-hop for Zak is the freedom it allows him as an artist, saying: “sometimes, I just enjoy dancing and being goofy.”

You will also find Zak creating in more arenas than just music. James has his own clothing brand alongside the help of his close friend, Oscar Fossum. Now in Brooklyn, Zak recently launched a new line of hats under their brand entitled, “Badmouth”, with the slogan, “Speak for Yourself.” In short, the dude is versatile.

Whether it’s writing lyrics, performing on stage, acting in music videos as multiple characters, or designing his own clothing, Zak’s charismatic personality is nothing shy of impressive. His desire to spread positivity, love, and a general passion for life is frankly wonderful, and as someone looking in from the outside, it’s easy to see that this is only the beginning.

Get a feel for Zak’s music and style with a trip through his music videos, the making of his first full-length album, and our interview with James himself.

Also check out Zak’s latest music video, “I’m Not Concerned”, produced by Jak Flames and Eric G. the Scientist, and filmed by Michael Graef, with assistance from Mick Pengilly.

Find Zak James on all major platforms, including Spotify, Apple Music, iTunes, SoundCloud, Amazon Music, and through the links below. Also, be sure to check out Badmouth clothing and their newly released hats.