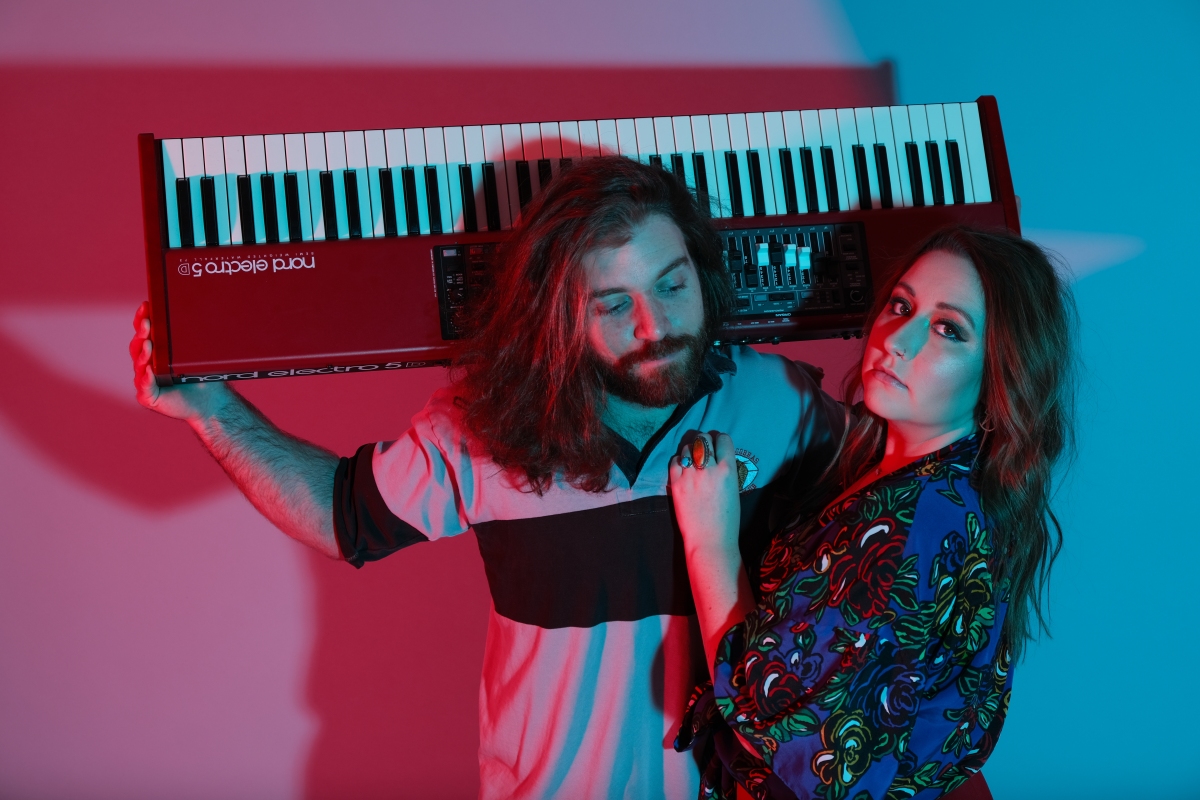 For us, listening to Desperate Electric (formerly known as DASH) is a bit like drinking a cold beer on a Friday night. It’s refreshing and laid back, it makes you want to laugh with some close friends, and it also makes you want to fucking party. 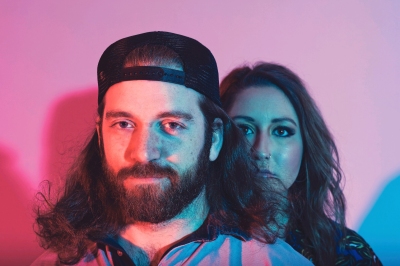 We sat down with Ben and Kayti, the two founding members of Desperate Electric, and our conversation started with Kayti telling jokes and Ben playing licks on the guitar. Like their music, Desperate Electric is fun, and they impart this energy and charisma into everything that they do.

Both Kayti and Ben grew up in the West––Kayti from Laurel, Montana and Ben from Moscow, Idaho. Attending college in Bozeman, they met in choir and have pretty much been playing music together since, performing along side each other in multiple bands and eventually starting Desperate Electric. The band has been through a lot this past year, but they made it work, and they’re both just happy to be able to share their music.

Desperate Electric is a full time touring act, playing shows around the country most of the year, but they still see Bozeman as home. There’s a beauty in this––Kayti and Ben are musical nomads, they spend most of their time on the road and there’s no need to root themselves anywhere, but even so, they always find their way back to Montana. When asked about why they see Bozeman as home, Kayti told us that after everywhere they’ve been, they “don’t love anywhere as much as here.” And that’s something to be proud of.

Part of understanding Desperate Electric is also understanding the current trends in Bozeman’s music scene. While in the past, to make it as a band there was pressure to move to Seattle or LA, more and more you can find bands that tour full time but always come back to Montana, never making the move to the metropolitan areas where many musicians flock to find success. Bozeman is Desperate Electric’s home, and they don’t really see that changing anytime soon.

Ben told us that Bozeman’s music scene “is hungry … and it’s not the same anywhere else.” With numerous bands and many more talented musicians, it’s hard to find a similar culture. There’s something about Bozeman that cultivates inspiration and draws talented folks, and Desperate Electric harnesses this energy to make music that exemplifies the community.

Kayti told us that their music is somewhere between electro-soul and electro-funk, even though both of them wish they could say that they make music in the genre of “we do whatever we want.” This speaks to Bozeman’s music scene at large. With the amount of talented bands and musicians in one town, Desperate Electric finds support for everything they do, and that’s what makes Bozeman home. They can make whatever music they want and still find an audience. 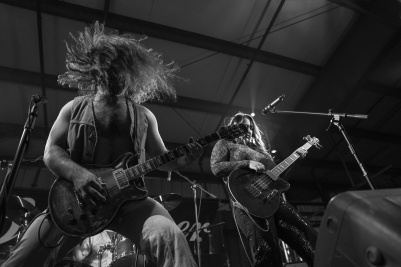 Maybe it’s the scenery or the supportive community, or maybe it’s the vast amount of bands playing shows in the Gallatin Valley on a regular basis. Whatever it is, we’re happy it’s happening, and we’re happy to see bands like Desperate Electric find their groove and make a name for themselves outside of Montana without having to pack up and move. At the end of our conversation, Ben left us with a piece of advice for aspiring musicians in Montana: “Don’t move to LA.” And really, we agree. Stay here. Find your favorite local act, head out for the night and enjoy your weekend. It doesn’t need to be much more complicated than that.

Check out Desperate Electric’s second album, Super: The Remix, featuring many of Montana’s favorite bands and musicians, stream their music on Spotify, catch them on tour, and be sure to watch their Hyalite Session where the two perform a stripped down version of their song “Hopeless”, filmed by our very own Taylor Barrett (video below).